How’d They Do That? Fruity Oaty Bar Girls

Originally posted at The Casual Costumer. (Photo above by Star Wars Fever)

My latest costume was a group costume – the Fruity Oaty Bar Girls from the movie Serenity.  My friends Samm, Sera and I put the costumes together over a course of three months.

For the body, we used a blue full-body spandex suit and cut off the head.  For shoes, Samm dyed white Keds and put in blue ribbon laces.

I couldn’t find knitted fabric in the correct colors for the outfits, and the knitted fabric seemed to work best against the spandex.  I found the dark green, dark purple, and red at JoAnn fabrics.  For patterns, I altered Simplicity 3833 because it had the proper cut for the shoulders.  For the red outfit, I simply made it one piece and longer.  For the purple outfit, I made a crop top and skirt and put elastic in the band.  For the green outfit, I extended the bodice and attached it to the pants from Simplicity 2401.  As I had put the zippers on the sides, I also dropped the crotch of the pants to make it easier to get into the green outfit.  I really should have used a different pattern, one without a seam in the front and back so that I could have made the front and back one piece like the others. 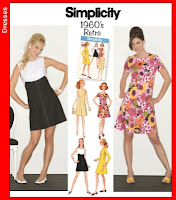 The hardest part was trying to figure out how to make the head.  Samm and I originally tried paper mache, but that didn’t work.  We then turned to 1″ foam.   It took one yard of foam per head.  Samm shaped the heads by cutting apart a beach ball, then using each piece as a pattern for the foam.  She cut a hole on each side (where the ears would be) for ventilation.  She and Sera drew on a face, then cut out the mouth.  Samm and Sera covered the heads with batting (to make the seams smoother) and used a piece of foam for the noses.  Samm also cut a hole into a rectangular piece of foam, then glued them into the heads as a halo that rests on our heads.  Therefore, we’re supporting the weight of the head with our head, not our shoulders. 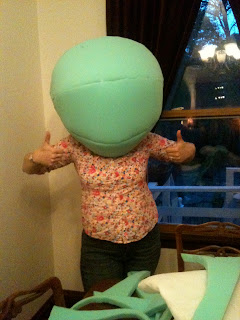 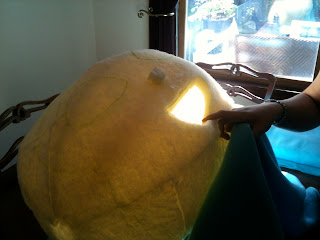 We used blue fleece from Hobby Lobby for the faces, gluing them on with spray glue.  It was very difficult to get them to be smooth, and we didn’t want seams right on the front of the face.  We made two cuts on the neck, and I stitched them up.  However, I didn’t like how it looked, so I ended up pulling off each face and reapplying the blue fleece.  This time, I pulled the fleece as tight as possible and pinned it in place.  I managed to work the fleece so that there were no seams on the face. 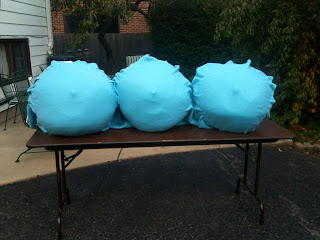 After gluing down the faces, I set about working on the hair.  It was a pain in the neck!  I tried using the same technique as the face, but because there was more hair, it didn’t work that way.  I tried making several pattern pieces, but they never quite worked.  See, it turned out later that when the faces were drawn on, they weren’t symmetrical, so I had to make the hair for each head separately.  I ended up finding a basic pattern – one piece for the top of the hair, two similar pieces for the sides, a rectangular piece for the back of the head, and a trapezoid for the bottom of the hair.

After cutting out all the pieces, I pinned them on.  However, in order to keep the seams from puckering, I had to pull the pieces really tight and cut off the excess.  To stitch the seams, I used this tutorial.  It took me about 5 hours per head, but it worked really well, and I didn’t even have to “pick” the fibers out of the stitches (doing so actually made it look scuffed up).  I then turned the fleece under around the edges and stitched it with very small stitches.  We finished it by tacking it down on the edges with hot glue. 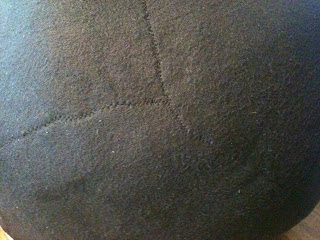 For the bands, I bought fun foam in the correct colors and cut them with a paper cutter to the proper width.  However, it didn’t quite match the fabric I’d chosen for the outfits, so I painted them with matching acrylic paint.  I then simply wrapped them around the hair and hot-glued the ends together.  For the chopsticks in the purple hair, I painted two wooden knitting needles that were cut in half.  I then cut small holes in the hair with an Exacto knife and pushed the knitting needles into the styrofoam. 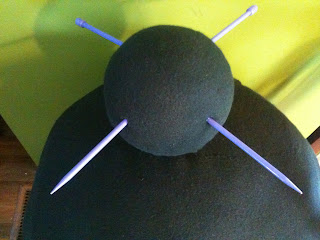 For the ponytail on the red Fruity Oaty girl, I measured the width of the head as well as the height and width of the ponytail on the cartoon, then measured the head we’d made.  I used math (GASP!) to make a pattern with the same proportions, cut out two pieces (front and back) and stitched it together with a whip stitch.  I then turned it inside out and stuffed it with pieces of leftover batting.  I stitched it onto the head.  However, it flops more than I’d like, but that’s only because the foam of the head can’t support the weight.  I’m thinking of building a frame for the top of the head and then running something up into the ponytail to hold it up. 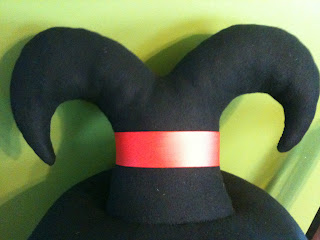 I painted the inside of the mouths with black acrylic paint, then hot-glued two pieces of black chiffon over the opening.  Two layers are VERY important.  When someone takes a photo with a flash, eyes will be visible behind only one layer.  Two layers are harder to see through (they make everything blurry and can cause dizziness), but they are enough to keep your eyes from showing through.  Sera cut out the eyes, mouth, freckles, and eyebrows from felt, and we glued those on as well. 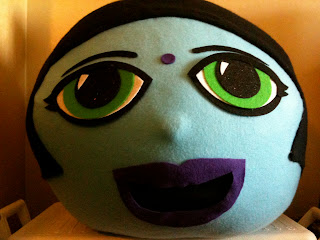 For the final touch, I constructed an octopus out of foam core and fun foam.  I printed out a shot of the octopus and free-handed the bits that weren’t visible in the shot.  I then cut out the pattern and traced around it on the back of the foam core.  For the details, I traced the tentacles, drew in an outline, and then cut that out of white fun foam that I painted to be the right color.  I also cut out circles in several sizes.  After cutting everything out, I painted all the sides to match.  The eyes were white circles cut out of the same (unpainted) foam.  I cut the pupils out of black fun foam that had a sticky back.  For the detail around the eyes, I simply painted them with the pink paint.  (I had tried cutting it out of fun foam and then setting the eyes into it, but it didn’t work.)  I cut everything out with an Exacto knife, then trimmed off anything extra with scissors.  Finally, I sanded down a piece of space wood, painted it black, and glued it to the back of the octopus. 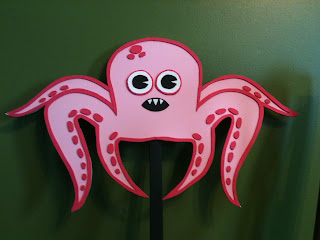 If I were to redo it, I would use fun foam for the eyes, mouth, and other facial details, and heat it to shape it.  Foam is really easy to use for multiple things including armor.  There are multiple tutorials like this all over.  I would also put in a fan in each head.  I didn’t think it was hot at ALL (it was MUCH cooler than my Clockwork costume, in which I drip sweat just standing around doing nothing), but Samm and Sera had a really hard time with them.  Also, the mouths aren’t the right shape, so I’d want to remake them (but that would mean remaking the heads entirely).

And here’s the final product! 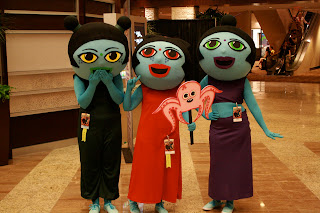 Dragon Con 2015: Let There Be No Illusions

Battlestar Galactica fans were treated to one of the biggest panels of Dragon Con this year, with a whopping eight guests. The ballroom was very ...

MTAC and ConGlomeration were excellent back-to-back weekends. While MTAC was in Nashville, TN, ConGlomeration was held April 13-15 in Louisville, KY. You’ve already heard what I ...

The Cast of Farscape Up Close!

Do you know what I hate most about Farscape? When it ended!

Dragon Con 2014: Revolution – When the Lights Went Out

NBC’s Revolution was yet another in a long line of recent apocalyptic series that have come out in recent years. I use the past tense ...

The SpaceGypsies are a team of reporters, writers, convention goers, and geeks. Since 2009, we have been committed to providing quality coverage of a variety of fandoms through news, convention reports, interviews, reviews, and more.

September 7, 2016, No Comments on Brian Henson’s Evolution of Puppetry

This Dragon Con event was not so much a panel ...

If you haven't seen it, SEE IT!

as a great fan of the show i really really ...

It is SUPER expensive! We went on Saturday only to ...